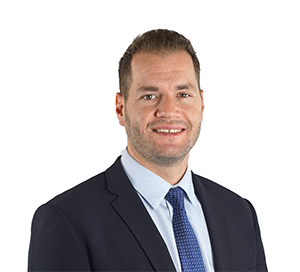 Ari’s roots are deeply entrenched in the retail leasing industry since he began his career immediately after graduating from Touro College in 2007 (Israel and Miami). Ari was recruited to join Greenstreet Properties in Dallas, a multi-state commercial retail real estate development company as a leasing associate. Ari’s focus was to curate healthy tenant mixes for their eight new developments, which spanned over 700,000 sf in DFW. Due to his dedication, diligence and strategic project leasing, Ari was promoted to VP of Leasing and relocated to Greenstreet Properties HQ office in Scottsdale, AZ. After several years in Arizona, Ari moved back to Dallas in 2015 to join Street Commercial, a successful tenant representation brokerage company. Ari played a pivotal role in growing and supporting the company’s tenant representation growth in Texas. Ari was involved in all aspects of his clients' transactions from strategic growth planning, market research to financial analysis and lease negotiations.

In his personal life, Ari has always been involved with the local community activities and charitable organizations in both the U.S. and Israel. Ari is a member of the Alumni Board of several Young Professional Networking organizations partnering with the Jewish Federation of Dallas and Miami. Ari enjoys staying active by playing basketball and football, as well as spending time with his nieces and nephews.