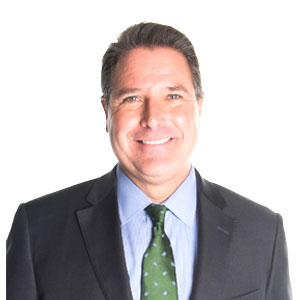 Thomas T. Lynn, SIOR serves as Chairman of NAI Robert Lynn. Through his 35-year career in commercial real estate, Tom has personally negotiated well over 1000 transactions in more than 30 cities worldwide. Tom's transactions total more than 37 million square feet, representing Fortune 200 companies as well as local and regional firms. Tom is known for his expert handling of some of the largest, most complicated real estate assignments, including the biggest industrial design-build in Central Texas in 2016 (Sherwin-Williams-Waco, TX), one of the largest office leases in DFW in 2015 (GEICO HQ-Richardson, TX), and the largest (source-the Wall Street Journal) industrial deal in the United States in 2009 (Sherwin-Williams, Effingham, Ill.).

The scope of Tom’s office, industrial, land and retail transaction capabilities range from leasing, acquisition, disposition, build-to-suit, sale/leaseback, design build and subleasing. In addition, he has extensive relocation expertise, and has been successful at obtaining above-market incentives for his clients. Tom is a recognized name in the DFW real estate market, is consistently recognized by local and industry publications, has been sourced for comment by The Wall Street Journal, New York Times and other publications, and is regularly asked to participate on industry networking panels.

As a Dallas resident for more than 56 years, Tom is a passionate philanthropist who dedicates himself to the community.

Tom's greatest honor is the marriage to his wife Dawn. Together they have three adult children, who were raised in Dallas.

A professional designation held by fewer than 2 percent of all real estate professionals, recognized as the youngest SIOR in the US in 1991

Out of more than 8,000 professionals worldwide for leadership in 2007

"Largest Industrial Transaction in the US" in 2009